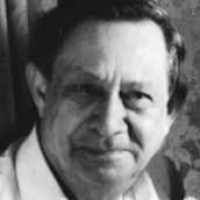 The Life of Hans Christian

When Hans Christian van Holtz was born on 23 June 1891, in Batavia, Dutch East Indies, his father, Carl Georg von Holtz, was 37 and his mother, Leonie Eulalie Bénard, was 36. He married Ijoet about 1920. They were the parents of at least 1 son and 1 daughter. He died on 12 October 1973, in Noordwijk, South Holland, Netherlands, at the age of 82.

Put your face in a costume from Hans Christian's homelands.

The Hague Peace Convention was a series conferences that produced treaties and declarations. The convention took place in Hague, Netherlands. The conferences were among the first formal statements of the laws of war and war crimes in secular international law.
1904 · Weerdinge Couple Found in Bog

Two skeletons were found next to each other in Drenthe, Netherlands. The skeletons were dated back to between 160 BC and 220 AD. One of the skeletons was thought to be a female and the other a male so scientists called them the Weerdinge couple or Mr. and Mrs. Veenstra. It was determined that both skeletons were men and the name was changed to Weerdinge Men.
1914 · WWI and the Netherlands