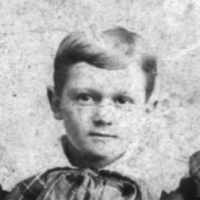 The Life of Arthur Leroy

Put your face in a costume from Arthur Leroy's homelands.

The  Chicago World's Fair was held to celebrate the 400th anniversary of the arrival of Christopher Columbus in the New World. The centerpiece of the Fair was a large water pool that represented Columbus's voyage across the Atlantic to the Americas. The Fair had a profound effect on new architecture designs, sanitation advancement, and the arts. The Fairgrounds were given the nickname the White City due to its lavish paint and materials used to construct it. Over 27 million people attended the fair during its six-month of operation. Among many of the inventions exhibited there was the first Ferris wheel built to rival the Eiffel Tower in France.
1896 · Plessy vs. Ferguson

Altered spelling of German Fäseke or Feseke, a metonymic occupational name for a grain farmer or miller, or a nickname for a small and delicate person or for a person of no account from Middle Low German väseke(n) ‘grain husk’, ‘chaff’, ‘fiber’, ‘little thing’ or central German fasig ‘small and delicate’.