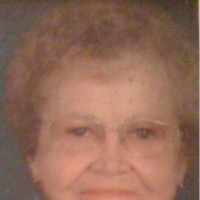 The Life of Mildred Ovoline

Put your face in a costume from Mildred Ovoline's homelands.

The Neutrality Acts were passed in response to the growing conflicts in Europe and Asia during the time leading up to World War II. The primary purpose was so the US wouldn't engage in any more foreign conflicts. Most of the Acts were repealed in 1941 when the Japanese attacked Pearl Harbor.
1941 · Florida Involvement in World War II

Similar to the first World War, Florida's location and temperature served as an ideal location for military training; in fact, Florida would end up having 172 military installations. As a result of World War II growth, Camp Blanding became the fourth largest city in Florida, capable of housing over 55,000 soldiers. Many Floridians sacrificed their lives among other Americans to win the war; it's estimated that about 3,000 U.S. deaths were from Floridian troops.
1956 · The Federal Aid Highway Act