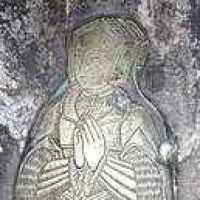 When John Chichester was born in 1519, in England, his father, Edward Chichester, was 23 and his mother, Elizabeth Bourchier, was 19. He married Gertude Courtenay in 1542, in England. They were the parents of at least 7 sons and 9 daughters. In 1559, at the age of 40, his occupation is listed as member of parliament for barnstaple. He died on 30 November 1569, at the age of 50, and was buried in England.

Book of Common Prayer, a product of the English Reformation, was published in 1549 for assistance in the administration of the sacraments and other rites and ceremonies of the church according to the use of the Church of England. The book outlined morning, evening, and communion prayers and orders for baptism and marriage, thus making England a truly Protestant state.

The Act of Uniformity was passed by the Parliament of England and required all people to go to church once a week. The consequence of not attending church was a fine of 12 pence, which was a considerable amount for a poor person.

A State Lottery was recorded in 1569. The tickets were sold at St. Paul's Cathedral in London.

English: habitational name from the city of Chichester in Sussex, probably named with the Old English personal name Cissa + Old English ceaster ‘Roman fort’. (Cissa is attested as the name of a historical person; it is of uncertain etymology.) Alternatively, the first element may be an Old English word cisse ‘gravelly feature’.