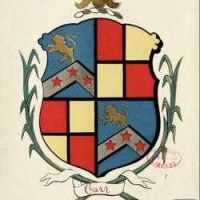 The Honourable East India Company, a British joint-stock company, was established in 1600 for trade in the Indian Ocean region. At its height, the British East India Company had a private army which was twice the size of the British Army, ruled large sections of India, and revenues in the millions.

Notes for WILLIAM CARR: They came to America in the fall of 1621, in the ship Fortune, Capt. Roger Williams, with thirty-five passengers on board. They landed at Plymouth, Nov. 7, 1621. They stayed th …