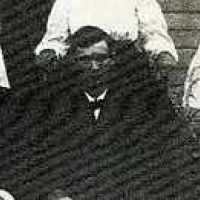 The Life of Shirley Duncan

Put your face in a costume from Shirley Duncan's homelands.

The last public hanging in Georgia was on September 28, 1893. The General Assembly prohibited public executions in December 1893. Prior to this law, Georgians commonly traveled to witness scheduled public executions.
1912 · The Girl Scouts

English: patronymic from the medieval personal name Hobb(e), a short form of Robert . For the altered initial, compare Hick .