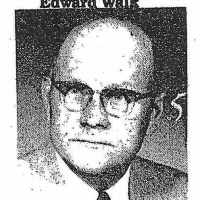 The Life of Edward Henry Herman

Put your face in a costume from Edward Henry Herman's homelands.

Like the Boy Scouts of America, The Girl Scouts is a youth organization for girls in the United States. Its purpose is to prepare girls to empower themselves and by acquiring practical skills.
1919 · Minimum Wage Laws Passed

The first minimum wage law took effect in 1919 and specified women and children under 17 years of age should be paid 22 cents per hour.
1934 · Kohler Strike

1 German: from the personal name Walko.2 German: occupational name, a variant of Walke .