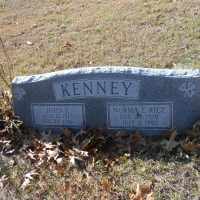 The Life of John Francis

When John Francis Kenney was born on 12 July 1915, in Boston, Suffolk, Massachusetts, United States, his father, William Francis Kenney, was 31 and his mother, Margaret M. Morrissey, was 44. He had at least 1 daughter with Norma Elizabeth Rice. He died on 22 February 1986, in New Port Richey, Pasco, Florida, United States, at the age of 70, and was buried in Bozrah, New London, Connecticut, United States.

Jeannette Pickering Rankin became the first woman to hold a federal office position in the House of Representatives, and remains the only woman elected to Congress by Montana.
1926 · Sergeant Stubby Dies

During WWI there was a dog from Connecticut that made a name for himself, his name was sergeant stubby. He was considered the official mascot of the 102nd infantry. He saved his regiment from suprise mustard attacks, comforted those that had been wounded, and even caught a German soldier and held him there until troops found him. He had his own uniform and everything.
1935 · The FBI is Established