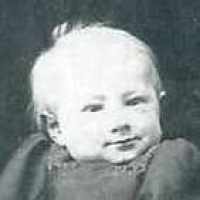 The Life of Chester Cary

When Chester Cary Taylor was born on 30 July 1893, in Colfax Township, Harrison, Missouri, United States, his father, Isaac Westerfield Taylor, was 48 and his mother, Mary Emarine Coats, was 44. He married Lois Lucille Lane on 15 March 1922. They were the parents of at least 3 daughters. He registered for military service in 1919. He died on 29 January 1954, in Geneseo, Henry, Illinois, United States, at the age of 60, and was buried in Geneseo, Henry, Illinois, United States.

Put your face in a costume from Chester Cary's homelands.