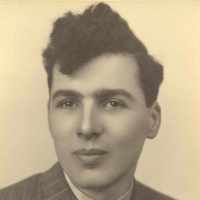 The Life of Albert John

When Albert John Evans was born on 27 March 1920, in Slough, Buckinghamshire, England, United Kingdom, his father, Albert Edward Evans, was 26 and his mother, Margaret Bowler, was 23. He married Olive Ruth Rea on 27 June 1942, in Windsor, Berkshire, England, United Kingdom. He immigrated to Fort Erie, Niagara, Ontario, Canada in 1957 and lived in Richmond Hill, York Region, Ontario, Canada in 1958 and Greenville, Mecklenburg, North Carolina, United States in 2008. He died on 23 May 2006, in New Bern, Craven, North Carolina, United States, at the age of 86.

Put your face in a costume from Albert John's homelands.