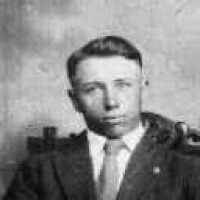 When John Joseph Borsik was born on 22 March 1898, his father, John Jeorge Borzik, was 21 and his mother, Elizabeth Evanich, was 20. He had at least 2 daughters with Johanna Ann Koval. He died on 25 July 1953, in Swoyersville, Luzerne, Pennsylvania, United States, at the age of 55, and was buried in Holy Trinity Cemetery, Phoenixville, Chester, Pennsylvania, United States.

Ukrainian, Polish, and Jewish (from Ukraine and Poland): nickname, sometimes denoting a dirty unkempt individual, from borsuk ‘badger’. As a Jewish surname it can sometimes be a habitational name from Borsuki, a village in Ukraine.