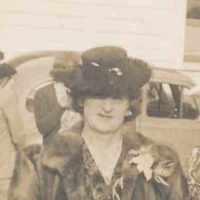 The National Council of Women of New Zealand was created as an organization after women won the right to vote. Today works to help achieve gender equality in New Zealand and in 2017 introduced Gender Equal NZ, which is fighting for Zealanders to have the freedom and opportunity to determine their own future no matter which gender they are.
1923 · New Zealand's Claim to Antartica

1 English: from Old French dague ‘dagger’ (of uncertain origin), hence a metonymic occupational name for a maker or seller of daggers, or a nickname for someone who carried one. Middle English Dagger is a later development of the same word. The surname was taken to southern Ireland in the 17th century.2 Scottish: on the evidence of the early spelling Dog, Black believed this possibly to be a form of Doig .3 German: from a personal name based on Old High German tac ‘day’.