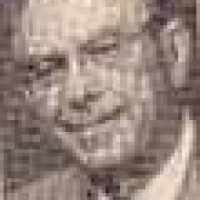 The Life of Milford Luverne

Put your face in a costume from Milford Luverne's homelands.

Original construction of the Camp Dodge began in 1907 and was originally planned to provide a place for the National Guard units to train. In 1917, it was handed over to national authorities and expanded to become the regional training center for World War I forces. The Camp was named after Brigadier General Grenville M. Dodge, who organized Iowa's first National Guard unit. When the war ended, the camp was downsized and turned back over to the state until the start of World War II. Today, Camp Dodge has served only as a Guard and Reserve installation.
1941

1 English: topographic name for someone who lived on a wooded hill, Old English hyrst, or habitational name from one of the various places named with this word, for example Hurst in Berkshire, Kent, Somerset, and Warwickshire, or Hirst in Northumberland and West Yorkshire.2 Irish: re-Anglicized form of de Horsaigh, Gaelicized form of the English habitational name Horsey , established in Ireland since the 13th century.3 German: topographic name from Middle High German hurst ‘woodland’, ‘thicket’.