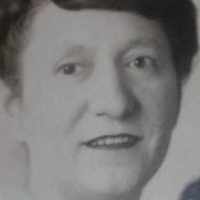 1 Scottish, Irish, and English: nickname, of Celtic origin, meaning ‘foreigner’ or ‘stranger’. In the Scottish Highlands the Gaelic term gall was applied to people from the English-speaking lowlands and to Scandinavians; in Ireland the same term was applied to settlers who arrived from Wales and England in the wake of the Anglo-Norman invasion of the 12th century. The surname is also found at an early date in Lincolnshire, where it apparently has a Breton origin, having been introduced by Breton followers of the Norman Conquerors.2 French, German, Polish, Slovak, Czech, Danish, etc.: from a personal name (Gallus in Latin) which was widespread in Europe during the Middle Ages, due to the cult of a 7th-century Irish monk and missionary, St. Gall. He established a Christian settlement to the south of Lake Constance, which became the monastery later known as St. Gallen. His name was taken into Czech as Havel and into Polish as Gaweł, the extra syllable being introduced by analogy with Latin Paulus, which yielded Czech Pavel and Polish Paweł.3 Hungarian (Gáll): variant of Gál ( see Gal ).