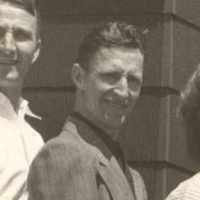 The Life of Phillip Hayes

Put your face in a costume from Phillip Hayes's homelands.

U.S. intervenes in World War I, rejects membership of League of Nations.
1932

1 English: variant of Black 1, meaning ‘swarthy’ or ‘dark-haired’, from a byform of the Old English adjective blæc, blac ‘black’, with change of vowel length.2 English: nickname from Old English blāc ‘wan’, ‘pale’, ‘white’, ‘fair’. In Middle English the two words blac and blāc, with opposite meanings, fell together as Middle English blake. In the absence of independent evidence as to whether the person referred to was dark or fair, it is now impossible to tell which sense was originally meant.3 Irish: Anglicized form of Gaelic Ó Bláthmhaic ‘descendant of Bláthmhac’, a personal name from bláth ‘flower’, ‘blossom’, ‘fame’, ‘prosperity’ + mac ‘son’. In some instances, however, the Irish name is derived from Old English blæc ‘dark’, ‘swarthy’, as in 1 above. Many bearers are descended from Richard Caddell, nicknamed le blac, sheriff of Connacht in the early 14th century. The English name has been Gaelicized de Bláca.