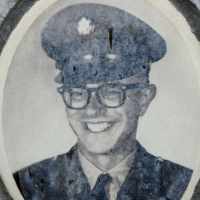 The Life of Richard John

Put your face in a costume from Richard John's homelands.

The California grizzly bear became designated as the state animal in 1953.
1961 · The Twenty-Third Amendment

Galician and Portuguese: habitational name from any of numerous places in Galicia and Portugal named Andrade, perhaps originally villa Andr(e)ati ‘estate of a man named Andreas ’.