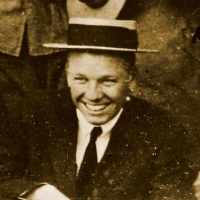 The Life Summary of Thomas DeWitt

Put your face in a costume from Thomas DeWitt's homelands.

The Washington Monument designed by Robert Mills, was completed and opens to the public on October 9, 1888.

Irish (Down and Louth): variant of Mullen .German: habitational name from a place called Millingen in the Rhineland.English: variant of Millin , or possibly Melling .