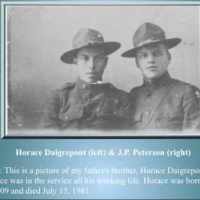 French: of uncertain derivation; perhaps an altered spelling of Daigremont, a habitational name, with the preposition d(e), for someone from any of several places named Aigremont, in France (Gard, Haute-Marne, Seine-et-Oise, Yonne) and the Belgian provinces of Liège and Luxembourg.