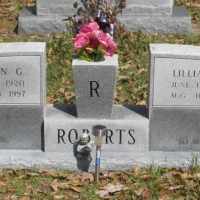 The Life of Lillian Lavern

Put your face in a costume from Lillian Lavern's homelands.

Fredric F. Mellen was a geologist that was surveyed a clay and minerals project. While doing this he instead struck oil and started the oil industry in Mississippi.
1944 · The G.I Bill

Latin: From the Latin name Gregorius, from a Greek word meaning "to watch." The name means "watchful," similar to the name Ira. Griogair is the Gaelic form.