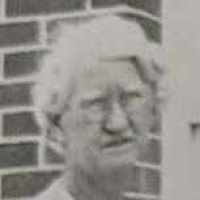 The Life Summary of Florence Belle

Put your face in a costume from Florence Belle's homelands.

Scottish: habitational name from a place in Fife named Abercrombie (earlier Abarcrumbach), which is of Pictish origin, meaning either ‘confluence of rivers at a bend’ or ‘mouth of the bendy river’.