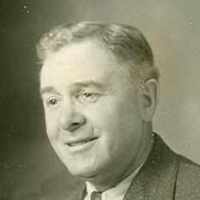 English (Midlands and Wales): habitational name from Brund in Staffordshire or from some other place called from a burnt clearing (Middle English brend ‘burned’). In placenames Brund- and Brunt- are to some extent interchangeable with Brent .English: nickname from Middle English brund, brunt, brond, metathesized forms of burned, burnt ‘burnt’, perhaps with reference to branding as a punishment for a crime. Compare Brent .Irish: variant of Prunty .

While spending time with grandpa Bill Nixon on Memorial Day 2021, our family learned from him that his grandpa, George Brunt loved and was a buyer of new inventions. He was the first man in Idaho to o …