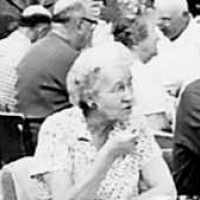 The Life of Catherine J

Put your face in a costume from Catherine J's homelands.

English: variant of Trow , mainly of 1.

Catherine J. True was my great-aunt Kitty. The only real memory I have of her is when she came to visit us in Rochester from her home in Akron Ohio in the 1960's. I was in high school. Aunt Kitty a …