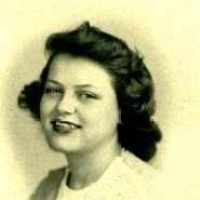 The Life of Lena Rillma

When Lena Rillma Kerns was born on 20 October 1931, in Springfield, Sangamon, Illinois, United States, her father, Paul Frank Krebs, was 21 and her mother, Irene Myrtle Schrader, was 22. She married Donald Albert Piere on 9 December 1947, in Saint Paul, Ramsey, Minnesota, United States. She died in 2013, in Spokane, Spokane, Washington, United States, at the age of 82.

Put your face in a costume from Lena Rillma's homelands.

After a contract proposal reducing wages by $1.10 a day, employees of the United Mine Workers came together and created the Progressive Miners of America in southern Illinois. After discontent arose over the 67 years of operation, the union was dissolved.
1954 · The First McDonald's Opens Its Doors