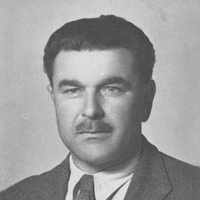 The Life Summary of János

When János Zuigéber was born on 30 April 1905, in Jánoshalma, Bács-Bodrog, Hungary, his father, Zuigeber Lajos, was 21 and his mother, Taskovics Anna, was 16. He married Kutsera Rozália on 20 October 1928, in Budapest, Pest-Pilis-Solt-Kiskun, Hungary. He immigrated to Rio de Janeiro, Rio de Janeiro, Brazil in 1951. He died about 1974, at the age of 69.

Put your face in a costume from János's homelands.

WWI. Hungary fights on the losing side and the monarchy collapses.

Germany raise treaties in Munich and Vienna in which Southern Slovakia and Northern Transylvania were returned to Hungary.