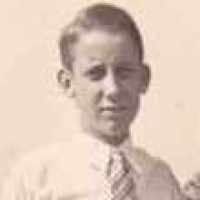 The Life of Horace John Henry

Put your face in a costume from Horace John Henry's homelands.

To end World War I, President Wilson created a list of principles to be used as negotiations for peace among the nations. Known as The Fourteen Points, the principles were outlined in a speech on war aimed toward the idea of peace but most of the Allied forces were skeptical of this Wilsonian idealism.
1931 · The Prehistoric Minnesota Woman

The Minnesota Woman was the name given to the skeletal remains of a woman thought to be 8,000 years old found near Pelican Rapids. The bones were brought to the University of Minnesota for more study. Later, Dr. Albert Jenks identified them as the bones of a 15 or 16 year old woman. Scientists now recognize the girl as someone whose ancestors were Paleo-Indian and now her skeletal remains have been reburied in South Dakota, not available for further study.
1935 · The FBI is Established

1 English and Scottish: topographic name for someone who lived in the woods ( see Wood ).2 Irish: English name adopted as a translation of Ó Cuill ‘descendant of Coll’ ( see Quill ), or in Ulster of Mac Con Coille ‘son of Cú Choille’, a personal name meaning ‘hound of the wood’, which has also been mistranslated Cox , as if formed with coileach ‘cock’, ‘rooster’.