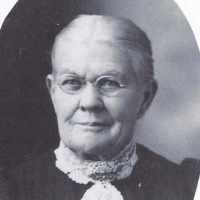 English: mainly a topographic name for someone who lived in or by a wood, from Middle English wode ‘wood’ (Old English wudu). In North America, the English form of the surname has absorbed cognates from other languages, such as French Bois and Polish Les .

English: in a few cases, a nickname for an eccentric or perhaps a violent person, from Middle English wode ‘frenzied, wild’ (Old English wōd).

Put your face in a costume from Mary Belt's homelands.