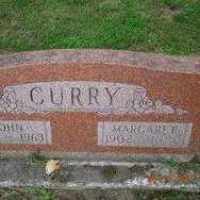 A short-lived Cabinet department which was concerned with controlling the excesses of big business. Later being split and the Secretary of Commerce and Labor splitting into two separate positions.
1905 · The Industrial Workers of the World

The Industrial Workers of the World was founded after a convention was held by radical trade unionists from all over the United States who opposed the policies of the American Federation of Labor. The IWW opposed the American Federation of Labor's acceptance of capitalism and its refusal to include unskilled workers in craft unions. The convention took place on June 24 and was referred by the workers as the Industrial Congress or the Industrial Union Convention. The IWW aimed to promote worker solidarity in the revolutionary struggle to overthrow the employing class.
1923 · The President Dies of a Heart Attack

Irish: from an Anglicized form of the Gaelic personal name Cillín, a pet form of Ceallach ( see Kelly ). The name was borne by various early Irish saints, including the leader of a 7th-century mission to Franconia and Thuringia, hence the popularity of the personal name Kilian in medieval central Europe.