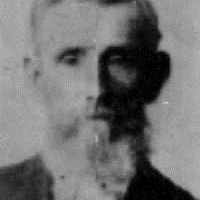 The Life Summary of Heber Ezra

Put your face in a costume from Heber Ezra's homelands.

Heber Ezra Curtis was born 29 January 1847 in Quincy, Adams,Illinois to David Avery and Amanda Ann Starr Curtis. He was the second of four children born to them, two girls and two boys, all born in Q …