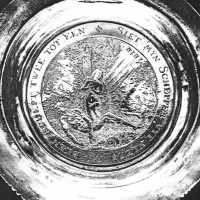 The Life of Hans Hansen

When Hans Hansen Bergen was born in 1610, in Bergen, Hordaland, Norway, his father, Hans Nilsson Bergen, was 27 and his mother, Marta Jonassdotter, was 27. He married Sarah Jorise Rapalje in 1639, in New Amsterdam, New Netherland. They were the parents of at least 5 sons and 4 daughters. He immigrated to New Amsterdam, New Netherland in 1635. He died on 30 May 1654, in Wallabout Bay, New York County, New York, United States, at the age of 44, and was buried in New York County, New York Colony, British Colonial America.

Put your face in a costume from Hans Hansen's homelands.

1 Dutch: topographic name for someone who lived on or by a hill, or a habitational name from any of various places named with this word.2 German: inflected variant of Berg (originally after a preposition, as in an or zu Bergen).3 Swedish: variant of Berg .