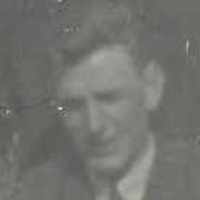 The Life of Robert Alexander

The Leith dockers strike was a strike that brought the town of Leith to a standstill after dock workers demanded an increase in pay, better working conditions, and shorter hours. The strike had an effect on the local community by not allowing trade to flow smoothly out of the docks. There totaled around 4,600 people a part of the strikes and riots but it ended near the middle of August with no demands met. since then two more strikes would happen at the same location, once in 1983 and, most recently, in 1989.
1934 · Scottish National Party founded.

The party was founded on 7 April as the result of a merger between the National Party of Scotland and the Scottish Party with the help of John MacCormick. Its main objective was to campaign the independence of Scotland from the United Kingdom. The Scottish National Party is the largest political party in Scotland in terms of both seats in the Westminster and Holyrood parliaments, with membership reaching 125,482 members. The party does not have any members of the House of Lords.

The Hut at Fintry

My Grandparents, Andrew and Mary Henderson owned, what was called, a hut, at Fintry. This is a small village in the Campsie Fells where many people from the city of Glasgow excaped to in their free ti …