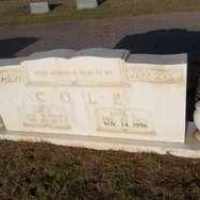 The Life of Effie Gertrude

Put your face in a costume from Effie Gertrude's homelands.

Satilla was the first Deepwater Steamship to arrive at the port of Houston. This accomplishment successfully established a steamboat service between Houston and New York City.
1932

English: of three possible origins:1. from a medieval survival with added initial H- of the Old English personal name Ædduc, a diminutive of Æddi, itself a short form of various compound names with the first element ēad ‘prosperity’, ‘fortune’. 2. habitational name from Haydock near Liverpool, which is probably named from Welsh heiddog ‘characterized by barley’. 3. from Middle English hadduc ‘haddock’, hence a metonymic occupational name for a fisherman or fish seller, or a nickname for someone supposedly resembling the fish.