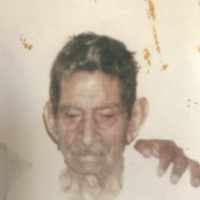 The Life of Anacleto

Anacleto Torres was born on 30 June 1917, in Zacatepec, Zacatepec de Hidalgo, Morelos, Mexico as the son of Jose Torres and Federica Hernandez. He had at least 2 sons and 3 daughters with Agustina Trujillo. He died on 5 February 2002, in his hometown, at the age of 84.

Put your face in a costume from Anacleto's homelands.

1 Galician, Catalan, Spanish, Portuguese, and Jewish (Sephardic): habitational name from any of the numerous places named Torres, all named with the plural of torre ‘tower’ ( see Torre ).2 Italian: habitational name from Torres in Belluno or Porto Torres in Sassari. In southern Italy the surname is sometimes a borrowing from Spanish (see 1).3 Dutch: from a short form of Victoris, from the Latin personal name Victorius.