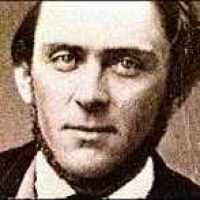 The Life Summary of Samuel S.

Put your face in a costume from Samuel S.'s homelands.

CALIFORNIA’S FIRST COMMUNITY Most people know about San Francisco’s architecture, steep hills, beautiful bridges and cable cars, but few know of a group of Mormon pioneers that arrived by ship in 184 …