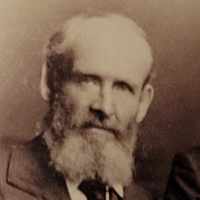 The Life Summary of John Urquhart

When John Urquhart Letham was born on 1 June 1833, in Lanark, Lanarkshire, Scotland, United Kingdom, his father, Robert Letham, was 31 and his mother, Janet Urquhart, was 28. He married Helene Christine Pedersdatter on 3 December 1858, in Salt Lake City, Salt Lake, Utah, United States. They were the parents of at least 8 sons and 3 daughters. He lived in Lanarkshire, Scotland, United Kingdom in 1851 and Utah, United States in 1870. He died on 20 September 1920, in Tetonia, Teton, Idaho, United States, at the age of 87, and was buried in Haden Cemetery, Tetonia, Teton, Idaho, United States.

Put your face in a costume from John Urquhart's homelands.

Three Brothers Who Are Patriarchs. Article printed in Deseret News in 1915

See page 18-19 from the Robert Letham & Janet Urquhart Book of Remembrance, by Louis S. Leatham. Copy/Paste this URL into a browser: https://familysearch.org/photos/documents/3343708