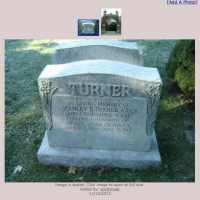 The Life of Stanley Francis

When Stanley Francis Turner was born on 1 August 1883, in Aylesbury, Buckinghamshire, England, his father, Henry Turner, was 24 and his mother, Ellen Carrick, was 22. He married Barbe Jean DeBoeck in 1911, in Calgary, Alberta, Canada. They were the parents of at least 2 daughters. He lived in Mackenzie, Saskatchewan, Canada in 1906 and Toronto, York, Ontario, Canada in 1911. His occupation is listed as commercial artist in Toronto, Ontario, Canada. He died on 3 June 1953, at the age of 69.

Put your face in a costume from Stanley Francis's homelands.

In 1886, Ontario passed its first Workmen's Compensation Act. This was in response to the number of railway workers that were being injured.
1904 · The Entente Cordiale