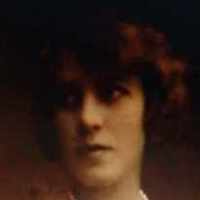 The Life Summary of Lurline Elizabeth

When Lurline Elizabeth Spreckels was born on 19 April 1886, in San Francisco, California, United States, her father, Claus August von Spreckels, was 27 and her mother, Susan Oroville Dore, was 22. She married Spencer Fayette Eddy on 28 April 1906, in Paris, Île-de-France, France. They were the parents of at least 1 son. She died on 24 March 1969, in France, at the age of 82, and was buried in Cypress Lawn Memorial Park, Colma, San Mateo, California, United States.

Put your face in a costume from Lurline Elizabeth's homelands.

1889 · World Expo at Paris With the Eiffel Tower