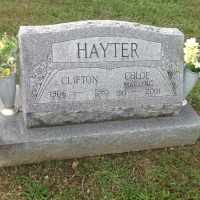 The Life of Clifton

Put your face in a costume from Clifton's homelands.

Florida contributed to World War I in several ways. The state's open land and warm climate made for a great military training location. Additional technological and agricultural developments took place in Florida as well. Roughly 42,030 Floridians joined the troops during 1917 and 1918.
1927

English (Hampshire, Dorset, and Wiltshire): topographic name for someone who lived at the top of a hill or on a piece of raised ground, from Middle English heyt ‘summit’, ‘height’ + the agent suffix -er.