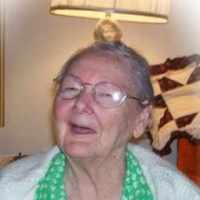 The Life of Myrtice

Put your face in a costume from Myrtice's homelands.

In 1926, in central Kentucky, Mammoth Cave was discovered. It dates back to Mississippian times and consists of over four hundred miles of passageway. On July 1, 1941, the cave was made a National Park.
1944 · The G.I Bill