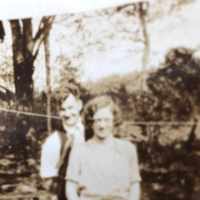 The Life of Jean Francis

Put your face in a costume from Jean Francis's homelands.

Like the Boy Scouts of America, The Girl Scouts is a youth organization for girls in the United States. Its purpose is to prepare girls to empower themselves and by acquiring practical skills.
1917 · Women Given the Right to Vote in New York

Voters in New York approve a bill giving women the right to vote. This is passed three years prior to the 19th amendment to the U.S. Constitution which allowed women to vote nationwide.
1935 · The FBI is Established