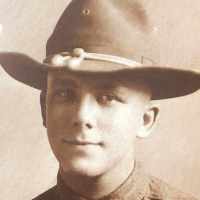 The Life of Harry McKillip

Put your face in a costume from Harry McKillip's homelands.

This Act set a price at which gold could be traded for paper money.
1923 · The President Dies of a Heart Attack

1 English: topographic name for someone who lived by a bushy area or thicket, from Middle English bush(e) ‘bush’ (probably from Old Norse buskr, or an unrecorded Old English busc); alternatively, it may derive from Old Norse Buski used as a personal name.2 Americanized spelling of German Busch .