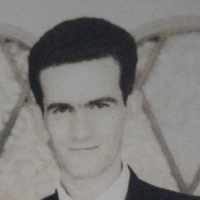 The Life of Glicerio

Put your face in a costume from Glicerio's homelands.

According to some, this name has been corrupted from Adama, feminine of Adam. Others derive it from the name "Ead" (found as Eade), which is from Anglo-Saxon "ead," happy, or from the name Eadith. One possibility is that it comes from "Eada" (Saxon), Auda, Ada, and Idonea, which translates as fit, meet, or proper, and also as pious, honest, or rich.

There are no historical documents attached to Glicerio.