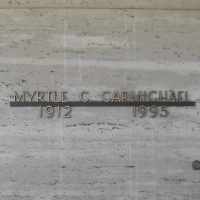 The Life of Myrtle Caroline

Put your face in a costume from Myrtle Caroline's homelands.

The Sixteenth Amendment allows Congress to collect an income tax without dividing it among the states based on population.
1914 · The Man With The First Air Conditioned Home

Charles Gates was the first person in the United States to install air conditioning in his home. Funny thing was, Gates died a year before it was installed.
1935 · The FBI is Established