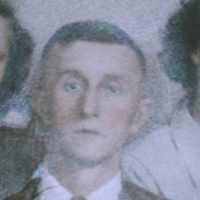 The Life of William T

This Act set a price at which gold could be traded for paper money.
1901 · Maggie Lena Walker Opens Bank

Maggie Lena Walker was the first African American and woman to open a bank. She opened the St. Luke Penny Savings Bank on August 20, 1901. She encouraged the young people to start saving their pennies in her bank and when they hit a hundred pennies they could start a bank account with the bank.
1916 · The First woman elected into the US Congress

Scottish: habitational name from lands in the parish of Paisley, near Glasgow. The place name is of uncertain derivation, perhaps from Welsh coch ‘red’, although this etymology is not supported by the early spelling Coueran.