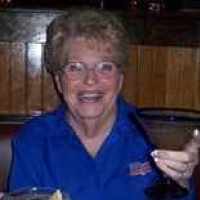 The Life of Patricia JoAnn

Put your face in a costume from Patricia JoAnn's homelands.

1 Irish: Anglicized form of Gaelic Ó Ciardha, a midland family name meaning ‘descendant of Ciardha’, a personal name derived from ciar ‘dark’, ‘black’.2 Irish: Anglicized form of Gaelic Mac Fhiachra ‘son of Fiachra’.3 English: habitational name from Carey in Devon or Cary in Somerset, named for the rivers on which they stand; both river names probably derive from the Celtic root car- ‘love’, ‘liking’, perhaps with the meaning ‘pleasant stream’.