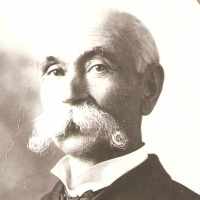 The Life Summary of Adam Milroy

Put your face in a costume from Adam Milroy's homelands.

English, French, German, Dutch, Swedish, West Indian (mainly Haiti, also e.g. Saint Lucia), and African (mainly Nigeria and Tanzania): from the personal name Paul (from Latin Paulus ‘small’), which has always been popular in Christendom. It was the name adopted by the Pharisee Saul of Tarsus after his conversion to Christianity on the road to Damascus in about AD 34. He was a most energetic missionary to the Gentiles in the Roman Empire, and played a very significant role in establishing Christianity as a major world religion. The name was borne also by numerous other early Christian saints. It is also occasionally borne by Jews; the reasons for this are not clear. In North America, the English form of the surname has absorbed many cognates from other languages and their patronymics and other derivatives, e.g. Greek Pavlis , Slovenian Pavel and Pavlič (see Pavlic ), Polish Paweł (see Pawel ) and Pawlicki , Assyrian/Chaldean Polous and Polus . In France, this surname is most common in Brittany (see 2 below).Breton (mainly Finistère): from a Frenchified form of the personal name Paol, Breton form of Paul .Irish: shortened Anglicized form of Gaelic Mac Phóil ‘son of Paul’. Compare McFall .

John Young: Soldier of the Revolution From the earliest settlement of Europeans on the North American continent, fierce struggles for possession of its vast l …