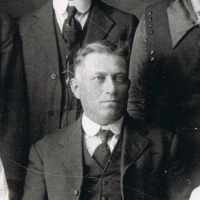 The Life Summary of Hormisdas

Put your face in a costume from Hormisdas's homelands.

Some characteristic forenames: French Armand, Andre, Emile, Lucien, Marcel, Cecile, Normand, Camille, Fernand, Gilles, Adelard, Adrien.French: variant of Terrien ‘owner of a farmland’ and, in North America, (also) an altered form of this. This form of the surname is very rare in France.History: The (majority of the) American bearers of the surname Therrien are descendants of either Pierre Terrien or Jean Terrien from France (see Terrien ).