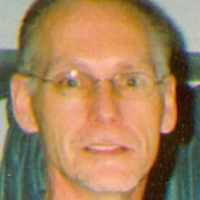 The Life of Earl Dewayne

Put your face in a costume from Earl Dewayne's homelands.

With the construction of 41,000 miles of the Interstate Highway System, the Federal Aid Highway Act made way for the largest public works project in American history at that time. One of the purposes was to provide military access to places in case of an attack.
1965 · The Gateway Arch

"The Gateway Arch was founded by the National Park Service in 1935 to commemorate President Jefferson's vision of a transcontinental United States. Designed by Eero Saarinen, the stainless steel ""Gateway to the West"" rises 360 ft. above ground and stretches from the Old Courthouse to the Mississippi River. The arch was completed in 1965 and remains the world's tallest arch and man-made monument in the Western Hemisphere."
1971 · The Twenty-Sixth Amendment

Variant of Scottish or Irish McLean .