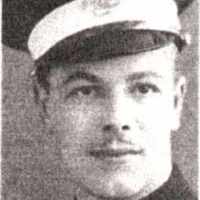 The Life of Stanley

When Stanley Thorp was born on 12 October 1914, in Birmingham, Warwickshire, England, his father, Wallace Thorp(e), was 25 and his mother, Edith Ellen Payne, was 16. He married Olive Mabel Whitehouse on 20 September 1942, in Christchurch, Canterbury, New Zealand. They were the parents of at least 1 daughter. He died in February 1981, in Worcestershire, England, United Kingdom, at the age of 66.

Put your face in a costume from Stanley's homelands.