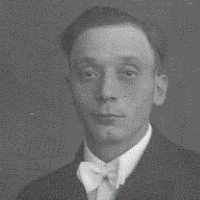 When Anton Paul Brachthäuser was born on 12 January 1902, his father, Wilhelm Brachthäuser, was 33 and his mother, Elisabeth Meier, was 32. He married Margarete Karbaum on 23 September 1932. They were the parents of at least 1 daughter. He died on 26 February 1979, in Lüdenscheid, Märkischer Kreis, North Rhine-Westphalia, Germany, at the age of 77.

Put your face in a costume from Anton Paul's homelands.

Archduke Franz Ferdinand of Austria-Hungary and his wife were assassinated in Sarajevo, Bosnia-Herzegovina provoking World War I.

Adolf Hitler appointed chancellor by President Paul von Hindenburg.
We don’t have any information about this name.

There are no historical documents attached to Anton Paul.