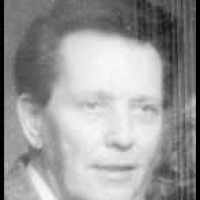 The Life of Malcolm Hill

Put your face in a costume from Malcolm Hill's homelands.

New Jersey contributed extensively to help the United States during World War II. Over 9% of all allied war-based construction contracts were handled in New Jersey, including aircraft carriers, battleships, destroyers, and other naval ships. In addition, almost 500,000 New Jersey residents enlisted in the war (roughly 10% of the state's population).
1941

French and English (Norman and Huguenot): topographic name for someone who lived in a wood, from the fused preposition and definite article du ‘from the’ + French bois ‘wood’ ( see Bois ). In both England and America the name has been translated as Wood .